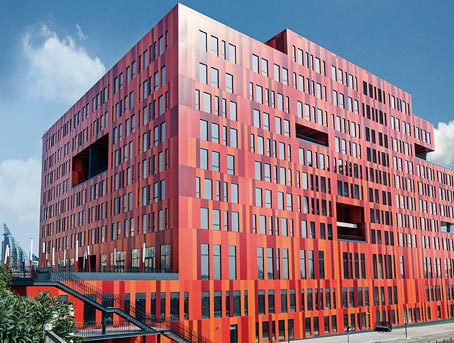 On 14 January 2020, Mitsubishi Chemical Corporation (MCC; Head office: Chiyoda-ku, Tokyo; President: Masayuki Waga) announced that its new aluminum composite material (ACM) ALPOLICTM has passed European Fire Standard “Euroclass A1”, which is considered one of the strictest fire protection standards for building materials in the world. This is the first ACM in the world that is certified under the Euroclass A1 standard.

With stronger fire standards taking effect globally in recent years, MCC has already launched its sale under the product name “ALPOLICTM NC” in Australia and will begin to promote it under the name of “ALPOLICTM A1” in Europe and other markets responding to strong market demands for a non-combustible ACM as a substitute for solid aluminum and other materials.

MCC’s ALPOLICTM ACM is a three-layered composite material made by laminating two sheets of aluminum to both sides of a core material. Thanks to its superior finishes, flatness, excellent processability and handling during construction work, the ALPOLICTM lineup has been widely used in over 100 countries as trusted materials for various construction and industrial applications including buildings, civil engineering, and advertising signboards.

MCC is conscious and concerned about fire safety and will continually take a proactive stance in promoting ALPOLICTM A1/ ALPOLICTM to the world.